Both parties signed a contract for the cash-only deal on Friday afternoon. The MOU will be in effect from now until the acquisition is finished on October 31, 2022, but if both parties agree, it can be extended.

DB Power has 2 thermal power plants in the Chattisgarh district of Janjgir-Champa. Each of these plants has a capacity of 600 MW. A different holding company runs the part of Dainik Bhaskar that deals with power.

The market value of Adani Power is close to Rs 1.65 lakh crore. In the past year, the price of its shares has gone up by about 480 percent. It is the 33rd largest publicly traded company in India. It is bigger than power giants like Power Grid, Coal India, and NTPC. 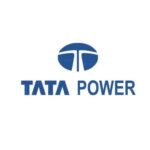