Top business magnates who were in attendance at the third ground breaking ceremony held here on Friday praised the vision and leadership of Prime Minister Narendra Modi as well as the implementation of Chief Minister Yogi Adityanath, both of which are contributing to the birth of a “New India.” Kumarmangalam Birla, a representative for the Birla group, stated that his company was investing 40,000 crore in initiatives that will provide employment opportunities for 35,000 young people.

He stated that UP had become a highly sought-after location for investments, which he attributed to the success of the single window system in the state.

Niranjan Hiranandani, a representative of the Hiranandani group, stated that Uttar Pradesh was progressing at a rate comparable to that of a bullet train.

“I have been in the construction business for about 40 years, but I have never seen this speed of business before,” he said, complimenting the state government for its cooperation and assistance being offered to entrepreneurs. This was the fastest business he’d ever seen, he remarked.

In the meantime, Indian Prime Minister Narendra Modi stated on Friday that the state of Uttar Pradesh will be a driving force behind India’s continued economic expansion. He stated that the young people of Uttar Pradesh have the power to give corporate executives and businesses the wings their aspirations deserve. He claimed that the dedication and enthusiasm of the younger generation would bring about the realisation of their ambitions.

The Prime Minister made these remarks at this location at the Third Ground Breaking Ceremony: “Compared to the other G-20 nations, we have the most rapid economic expansion. Reform, performance, and transformation became the guiding principle for our government.”

He stated that contemporary political decisions were being formulated with an eye on the future, and he added, “We have put in a lot of effort over the past eight years to make the digital revolution stronger. We established policy consistency and got rid of legislation that were no longer relevant.”

The Prime Minister went on to say that the current state of affairs in the world was creating new chances, and that India was becoming a reliable friend since it possessed the necessary qualities. He also mentioned that appreciation was being shown for India’s potential and performance. Also Read: Tesla has stopped hiring, and Elon Musk plans to eliminate 10 percent of the company’s positions.

He stated that the people of Uttar Pradesh have re-elected a government after an interval of approximately 37 years, which says volumes about the performance of the Yogi government. 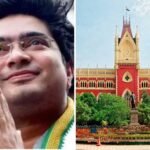 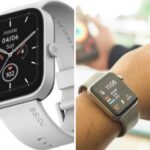