Building up businesses step by step and pushing them to the top as profitable entities is his forte.

We have seen many entrepreneurs who despite all odds have been noticed for their innovative work. What makes an entrepreneur stand out from others in the same realm is their X factor. Their capability of turning a solution into innovation is what differentiates an entrepreneur from others. Some are born to rule the world of business with their exceptional skills, and Nick Von is one of them. Having done exceedingly well as a brand accelerator, he is considered to be the man with the midas touch and the flourishing businesses which have had his hands behind them are enough proof of it.

Nick got into the groove when he was just 11, starting with programming servers on a popular game called Minecraft. Working on creating software, he realized the potential it carried at an early age and dropped out of high school to start his journey as an entrepreneur. He established his foremost e-commerce business at the age of 15 in partnership with his friend which he sold for an impressive amount of $18 million last year. His entrepreneurial skills are years ahead of his contemporaries, and that’s the reason he has been successfully creating profitable ventures out of nothing.

He is the founder of two companies, inboxprofits.io and metatron.io. The former is a digital company with expertise in email marketing for e-commerce businesses. The company has helped hundreds of companies to up their revenues by 15-35% without any advertising budget, which is spectacular. Many of his clients have achieved an impressive sales figure of more than $250k a month through his marketing skills which have always hit on target. The latter is a full-service agency with many celebrities and big brands as its clients. Nick’s companies have generated more than $50 million in e-commerce sales.

Recently, Nick launched a new record label with Chet Hanks & Armen Dellalian named All Praise Records. His other venture is a full-service company which offers a variety of services, from manufacturing, processing, marketing to design, which takes up the majority of tasks required by start-up brands. Nick has indeed excelled in all his endeavours and is all set to achieve more milestones in coming times. 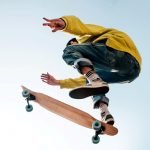 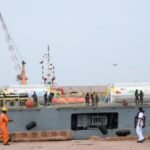