The latest data from Bloomberg Billionaires show that Gautam Adani has moved up to third place in the list of the world’s richest people. With a net worth of $137 billion, the 60-year-old business magnate is third on the list, after Elon Musk and Jeff Bezos.

Jeff Bezos, the founder and CEO of Amazon, is worth a total of $153 billion, while Elon Musk, the CEO of Tesla, is worth a total of $251 billion. Gautam Adani is now richer than Bernard Arnault, a co-founder of LVMH Moet Hennessy Louis Vuitton and a French business magnate who is a leader in luxury fashion.

A Bloomberg report says that this is the first time that an Asian person has been one of the three richest people in the world. Other rich Asians, like Jack Ma of the Alibaba Group, who was born in China, and Mukesh Ambani, who is from India, have not reached this level of wealth.

Gautam Adani helped start the Adani Group, which runs the most ports in the country. People say that the organisation is the biggest coal trader in the country. Bloomberg’s profile of Asia’s richest person says that Adani Enterprises made $5.3 billion in sales for the year that ended on March 31, 2021.

The huge conglomerate was in the news last week when it was revealed that the Adani enterprises plan to buy 29 percent of one of India’s most important news networks, NDTV. NDTV says that the deal depends on the approval of market regulator SEBI, which the conglomerate has already turned down.

According to a recent analysis by the Fitch Group unit CreditSights, the Adani Group has a lot of debt and may fall into a debt trap. 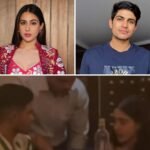 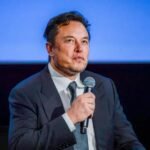