NSDL has suspended the accounts of 3 FPIs.

National Securities Depository Ltd (NSDL) has frozen the records of three unfamiliar assets that together own offers worth Rs 43,500 crore in four Adani Group organizations.

According to the store’s site, the records of Albula Investment Fund, Cresta Fund and APMS Investment Fund were frozen at the latest May 31. A record freeze demonstrates that the assets would not have the option to sell any of the current protections or purchase any new protections.

Authorities at overseer banks that handle unfamiliar financial backers said that the stop on the three records could result from inadequate exposure of data regarding gainful possession under the Prevention of Money Laundering Act (PMLA), as referenced in a report in The Economic Times.

They expressed that caretakers, for the most part, caution customers of such activity, yet assuming the asset doesn’t react or neglects to consent, the records can be frozen.

The Adani Group has yet to make a statement:

Adani Group is yet to give an assertion. Based out of Mauritius, every one of the three assets is enlisted with the Securities and Exchange Board of India (SEBI) as unfamiliar portfolio financial backers (FPIs).

The capital business sectors controller had revamped the know your client (KYC) documentation for FPIs. Assets were given time till 2020 to conform to the new standards.

If they somehow managed to fall flat, their Demat accounts were to be frozen. The controller looked for extra data from FPIs, remembering exposures for normal possession and individual subtleties for key representatives.

Adani Group has six recorded organizations, the other two being Adani Ports and Adani Power. Adani Group has acquired between 200% and 1,000 per cent in the previous year. 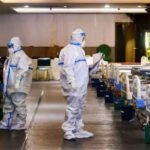 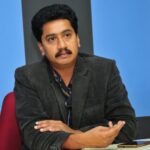