The actor Sara Ali Khan and cricketer Shubman Gill were at the top of Twitter’s trends list on Tuesday after a picture of them at a restaurant went viral online. The picture has been shared on social media by several Bollywood fan pages. #SaraAliKhan has been trending on Twitter all day because of the picture above, and the picture has led to rumours that she is dating someone. There were rumours that Shubman Gill was going out with Sachin Tendulkar’s daughter, Sara. Kartik Aaryan and Sara Ali Khan, who worked together on Love Aaj Kal, were once thought to be dating. In 2018, on episode six of “Coffee With Karan,” she said that she liked Kartik Aaryan.

Sara Ali Khan was asked on the most recent episode of Koffee With Karan, “What’s the name of a boy you feel like dating today?” Sara said, “Vijay Deverakonda” after some hesitation.

Sara made her Bollywood debut in 2018. She has been in movies like Simmba with Ranveer Singh, Love Aaj Kal, and Kedarnath with the late actor Sushant Singh Rajput. She was also in the movie version of Coolie No. 1 with Varun Dhawan. Sara was last seen in the movie Atrangi Re, which starred Akshay Kumar and Dhanush. 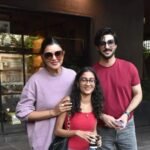 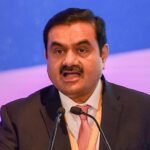