Asaduddin Owaisi, the leader of the All India Majlis-E-Ittehadul Muslimeen (AIMIM), said on Monday that the district court’s decision in the Gyanvapi Shringar Gauri dispute would have a “destabilising effect” and that the situation seemed to be going in the same direction as the Babri Masjid dispute. He said that because of this decision, the Places of Worship Act of 1991 would no longer be valid.

Owaisi talked to reporters in Hyderabad about the situation. He said that he had warned everyone that the Babri Masjid ruling would cause problems in the country because it was only based on religious principles.

“After this, things will get worse; we’re going down the same path as with the Babri Masjid,” someone said.

“I believe this ruling will render the Places of Worship Act of 1991 meaningless,” the Hyderabad MP stated. This order should be challenged in the high court, and I hope the Anjuman Intezamia Masjid Committee will do so.”

Earlier that day, a Varanasi court denied the masjid committee’s request to throw out a lawsuit filed by five Hindu women who wanted to be able to worship inside the masjid. The committee is in charge of the Gyanvapi mosque and will appeal the district court’s decision to the Allahabad High Court.

On September 22, district judge AK Vishvesh made a decision in the Gyanvapi Shrinagar Gauri dispute case and set a date for a follow-up hearing.

The next hearing in the Gyanvapi mosque case is set for September 22. The lawyer for the Hindu side, Vishnu Shankar Jain, said that the court turned down the Muslim side’s request and said the case could go on.

Five women signed the petition, which asked for permission to let Hindu gods, whose statues are said to be on the outside wall of the nearby Gyanvapi mosque, which is next to the Kashi Vishwanath temple, be worshipped every day. 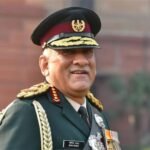 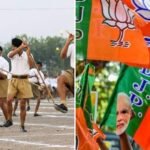