India will take over as head of the G20 in December, and on September 9–10, 2023, the heads of the twenty largest economies in the world will meet in New Delhi.

After the G20 leaders’ meeting in Indonesia in November, India will be in charge of the group for a year. The country will live in the White House from December 1, 2022, to November 30, 2023.

Starting in December, India’s Presidency is expected to hold more than 200 meetings across the country for planning and other purposes. Already, the search has begun for good places to hold these meetings. These places range from Tamil Nadu to the Union Territory of Jammu and Kashmir.

India will be in charge of the G20 after Italy and Indonesia have taken turns running the group in 2021 and 2022.

Tuesday, the External Affairs Ministry said that the G20 Leaders’ Summit for Heads of State or Government will be held in New Delhi on September 9 and 10, 2023.

The presidents of Russia and Ukraine have both agreed to go to the G20 Summit in Bali, Indonesia, on November 15 and 16. As a result of Russia’s participation in preliminary talks this year, there have already been problems with other member countries.

The Group of Twenty is an intergovernmental organisation made up of the world’s largest developed and developing economies. The European Union and 19 other countries make up this region. These countries are Argentina, Australia, Brazil, Canada, China, France, Germany, India, Indonesia, Italy, Japan, South Korea, Mexico, Russia, Saudi Arabia, South Africa, Turkey, the UK, and the US (EU).

The G20 is the best place for countries to work together on economic issues because its members represent 85% of the world’s GDP, 75% of international trade, and two-thirds of the world’s population.

At the moment, the outgoing, current, and incoming G20 presidents make up the G20 Troika, which is made up of Indonesia, Italy, and India. India, Indonesia, and Brazil will make up the troika while it is in charge. The statement says that the troika will be made up of three emerging economies and developing nations for the first time. This will “give them a bigger voice”

There are ten engagement groups made up of people from the private sector, civil society, and independent organisations. These groups focus on things like business, politics, labour, science, auditing institutions, urban issues, women’s issues, and issues affecting young people and women.

As usual, the president of the G20 will invite other countries and international groups to its summits and meetings. India will have Bangladesh, Egypt, Mauritius, the Netherlands, Nigeria, Oman, Singapore, Spain, and the United Arab Emirates as guests during its time as chair of ASEAN. These countries will join the UN, IMF, World Bank, WHO, WTO, and ILO as normal international organisations.

India will also invite the Asian Development Bank, the International Solar Alliance, and the Coalition for Disaster Resilient Infrastructure to come as international guests.

The statement said that India’s G20 priorities are still being worked out, but that current discussions are focusing on issues like inclusive, equitable, and sustainable growth, LiFE or Lifestyle for the Environment, women’s empowerment, digital public infrastructure, tech-enabled development in fields like health, agriculture, education, and tourism, climate financing, global food and energy security, the fight against economic crime, and multilateral reforms. 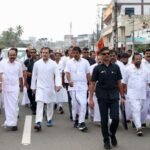 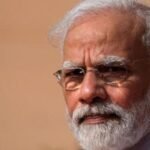