The “Baba ka Dhaba” scandal appears to be over after YouTuber Gaurav Wasan stated he accepted the octogenarian owner’s apology for swindling money provided by customers.

“Everything works out in the end. My parents taught me that the one who forgives is a bigger person than the person who commits a mistake. “Gaurav Wasan used the hashtag #BABAKADHABA in his tweet.

Prasad apologised after accusing Wasan of fraud and claiming that the YouTuber did not send him all of the money received in donations. Wasan refuted the allegations and presented evidence to back up his statements.

Prasad can be seen in a video released by a food blogger saying, “Woh ladka koi chor nahi tha, na usko humne kabhi chor kahan hai (That boy was not a thief, and we did not call him that).”

Gaurav Wasan took a video of the proprietor of “Baba ka Dhaba” crying at the loss of his business during the coronavirus pandemic last year, and it went viral.

Hundreds of people queued outside his eatery in Malviya Nagar, South Delhi, after the video went viral. People from all around the country began donating money to Kanta Prasad, allowing him to open a restaurant. Zomato had Baba ka Dhaba listed as well.

Prasad shut his restaurant on February 15:

But, on February 15, Prasad closed his restaurant this year since he couldn’t keep it going, and customers stopped coming.

“It cost roughly a lakh to run it, and we had to pay 36,000 per month to staff working there, and the rent of that shop was 35,000 per month,” Prasad was quoted as saying earlier this month by news agency ANI.

“Other costs included the electricity and water bills, among others. The returns were lower than the investment, so it was forced to close it because we were losing money, “he stated.

The 80-year-old back to running his old “Baba Ka Dhaba.”

The 80-year-old has returned to running his old “Baba Ka Dhaba” and has stated that he would do so for the rest of his life.

“I’ll close it down the day business suffers a setback. From the funds we collected as donations last year, we kept a total of 20 lakh for myself and my wife, “he stated. 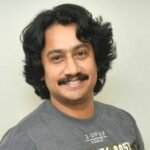