The Indian military has stationed a light howitzer along the Line of Actual Control (LAC) in Arunachal Pradesh in response to the increasing Chinese military presence in the region. Officials stated Thursday that the weapon’s tactical mobility—it can be delivered by Chinook helicopters—gives the army several alternatives for a firepower boost in isolated places.

The M777 ultra-light howitzers have allowed the army to easily deploy heavy artillery through several valleys in Arunachal Pradesh, as reported by Major General MS Bains, commander of the Dinjan-based 2 Mountain Division, whose men (including the guns) are stationed along LAC.

The People’s Liberation Army (PLA) has boosted military actions across the China border amid the protracted border standoff in eastern Ladakh, and the Dinjan camp in Assam is reportedly one of the army’s nerve centres of operations.

Dinjan has deep ties to China due to its role as the primary airlift hub during World War II, when US aircraft flew dangerous missions from this base and across the Himalayas to transport supplies to Kunming in China to help the Chinese resistance fight the Japanese in the Burma campaign.

Bains’ forces include artillery units using M777s, which can be rapidly deployed and redeployed in the mountains. Guns are present in Ladakh without a doubt.

Lieutenant General DB Shekatkar, an expert on military matters, says that the ability to move a weapon system quickly and easily via steep terrain is crucial (retd). We can put the M777 anywhere we need it to be at any time to have the right result,” he stated.

India purchased 145 howitzers from the United States for $750 million in November 2016. Twenty-five M777 howitzers were sent completely completed from BAE Systems, while the remaining guns were produced in India in collaboration with Mahindra Defense as part of the Make in India initiative of the Modi government.

It is possible for the 155 mm/39-caliber howitzers to hit targets at ranges of over 40 km in areas where the geography allows the rounds to fly in rarefied air.

The howitzers are manufactured from titanium and aluminium alloys, and have a total mass of 4,218 kilogrammes. Towable cannons with a 155mm calibre are twice as heavy. For rapid deployment in mountainous areas, the howitzers can be stowed beneath the bellies of Indian Air Force CH-47F Chinook helicopters.

Officials claim that in the eastern sector, the army has deployed a wide variety of cutting-edge weaponry and platforms, ISR (intelligence, surveillance, and reconnaissance) systems, cutting-edge sensors and radars, UAVs, and communication technologies.

The Hindustan Times reported on Thursday that the army, which has spent decades focusing on counter-insurgency operations in the North-east, has undergone a comprehensive reorientation of its forces to sharpen its focus on LAC in the eastern sector, with the introduction of new weapons and systems, capability building, and a strong infrastructure push forming the cornerstone of its strategy to counter challenges along the border with China.

Increasing security along the China border is a top priority for the government. 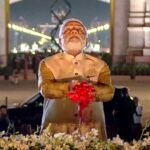 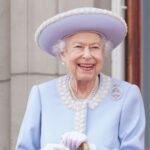