The Supreme Court on Tuesday asked the National Investigation Agency (NIA) to respond to a petition filed by human rights campaigner Gautam Navlakha, who contended that, due to his elderly age and physical condition, he should be placed under house arrest rather than imprisoned.

After the Bombay high court rejected Navlakha’s request on April 26 for failing to follow the criteria outlined by a 2021 Supreme Court judgement, he appealed to the highest court in the land.

The activist has been arrested and is being imprisoned at Taloja Jail on charges under the Unlawful Activities (Prevention) Act. The charges stem from his alleged membership in the Communist Party of India (Maoist), a terrorist organisation outlawed in India.

KM Joseph and Hrishikesh Roy, two justices, have notified the state of Maharashtra and the NIA that their case will be heard this coming Thursday.

Navlakha’s lawyer, Warisha Farasat, testified that her client is 70 years old and has health problems. She further mentioned that the petitioner had no past criminal record and had been under house arrest until his arrest by the NIA on April 14, 2020.

The bench quizzed Farasat on his preferred location for home arrest. The lawyer mentioned that Navlakha, a resident of Delhi, has two sisters who reside in Mumbai. Since the judges will be on vacation next week for Dussehra, Farasat requested that the case be heard later this week.

Navlakha had her appeal for default bail turned down by the highest court a year ago, and the time she spent behind house arrest was not factored into her actual sentence.

On August 28, 2018, Navlakha was placed under house arrest for a period of 34 days. The magistrate’s decision putting him under house arrest was deemed illegal by the Delhi High Court on October 10. Since he was under house arrest, neither the NIA nor anybody else could get in touch with him. After the NIA took over the investigation from the Maharashtra police in January 2020, he was hauled into jail on April 14, 2020 and held till April 25, 2020. After this, he was sent to the local jail. 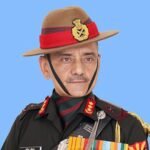