In a clash in Shopian, security forces killed two terrorists.

The police said that two fear mongers were killed on Wednesday in an experience with a joint group of police and security powers in the Shopian region of Jammu and Kashmir (J&K).

The security powers had dispatched an inquiry and cordon activity before the day in the Dragad space of Shopian after getting knowledge inputs about the presence of psychological militants.

One of the killed fear-mongers has been distinguished as Adil Wani, who was dynamic since the July of 2020 and was associated with killing a helpless worker at Litter in Pulwama.

According to police authorities referred to by news offices, the inquiry activity transformed into an experience after the fear mongers started shooting at the joint group of police and security powers, who hit back with retaliatory gunfire. In the following activity, the two fear-based oppressors were killed, the authorities said.

In any case, the personality and gathering association of the other killed psychological militant has still not been discovered, police authorities said, adding that an examination is in progress in such a manner.

Last week, joint security powers had caught top Lashkar-e-Taiba officer Umar Mushtaq Khandey during a comparable experience in the Pampore space of the Pulwama region of Jammu and Kashmir.

Khandey is among the top aggressors the security powers were focusing on since the police delivered a hitlist in August this year. He was supposedly associated with the killing of two cops at Baghat in the Srinagar area recently, monitor general of police (Kashmir) Vijay Kumar said in a tweet.

An aggregate of 15 fear-mongers has been killed so far in the eight experiences directed by the security powers after the new non-military personnel killings in Jammu and Kashmir, as per the police.

According to authorities, after the killings of regular citizens, various psychological oppressors had fled to south Kashmir. 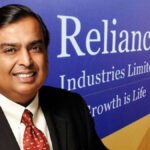 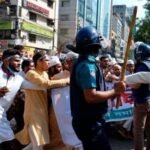