More than a 100 individuals have been rescued from Afghanistan by India.

On Friday, something like 104 individuals from Afghanistan showed up in New Delhi under Operation Devi Shakti’s mission. The flight conveyed 10 Indians and 94 Afghan residents, of which 9 were kids, and three of those youngsters were babies.

“Under Operation Devi Shakti, a unique Kam Air flight organized by India has shown up in New Delhi from Kabul. It has brought 10 Indians and 94 Afghans, including individuals from the Afghan Hindu-Sikh minority area.

Among the evacuees are 9 kids, including 3 babies,” the representative of outer undertakings Arindam Bagchi said.

Activity Devi Shakti points toward bringing back Indians from Afghanistan following the takeover by the militant psychological gathering after US withdrawal in August recently.

The three Sri Guru Granth Sahib from authentic Gurdwaras in Afghanistan and Hindu strict sacred writings including Ramayan, Mahabharat, and Bhagavad Gita from the antiquated fifth Century Asamai Mandir, Kabul was likewise brought to India on a similar flight.

The Indian government and the Afghan consulate in Delhi met up to sort out the flight. News offices detailed that the Sobti Foundation will restore the Afghan nationals, referring to the India World Forum.

“It is appropriate to specify that the group of Mahram Ali, a neighborhood safety officer who was killed during the dread assault in Gurdwara Guru Har Rai, Shor Bazar, Kabul is likewise being worked with and being carried and will be restored by Sobti Foundation,” the assertion from India World Forum read.

The flight will fly back to Afghanistan with 90 Afghan 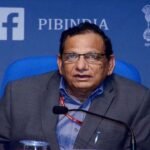 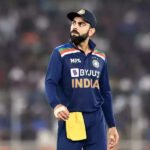