This month marks the start of the FTR INS Anvesh's sea trials.

Ocean preliminaries of India’s first floating missile test range (FTR), INS Anvesh, are set to start this month, with the boat expected to be authorized in the following two months.

Worked by Cochin Shipyard and planned by the Defense Research and Development Organization (DRDO), the almost 9000-ton boat will be utilized to test rockets up to a scope of 1500 kilometres somewhere inside the Indian Ocean without the danger to populace or ocean traffic just as the landmass limit.

This year, India is slated to commission at least four ships:

India is relied upon to commission no less than four ships this year with long-range rocket following boat INS Dhruv being given over to National Research Technical Organization (NTRO) on September 10.

Secrecy directed rocket destroyer INS Vishakapatnam and diesel assault submarine INS Vela, fourth of the Kalvari class, will likewise be appointed before the year’s over.

Once authorized, the FTR INS Anvesh will update cutting edge rocket projects as it will accommodate an instant security passageway without going through the drawn-out exercise of giving NOTAMs to boats and airplane flying nearby.

While the DRDO rocket testing site at Wheeler Island off Odisha is under the scanner of the enemies, the FTR will likewise permit careful testing of rockets and torpedoes 400 to 500 nautical miles into the ocean.

Stage II of the BMD visualizes capturing and annihilating adversary rockets up to a scope of 2000 kilometres by dynamic power with the FTR permitting live testing of the interdictor rockets and not programmatic experiences.

Likewise, the FTR will consider live rocket and torpedo terminating the Navy just as surface-to-surface strategic rockets with the Indian Army. 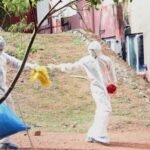 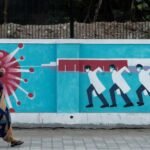