Delhi CM Arvind Kejriwal will visit Dehradun Uttarakhand’s capital on Sunday in a bid to grow his Aam Aadmi Party’s (AAP) base. The visit is vital, taking into account the get-together races in Uttarakhand one year from now.

Kejriwal is going to the state with a pitch to give free power to individuals of Uttarakhand.

In any case, power in Delhi is free. So shouldn’t individuals of Uttarakhand get free power? See you tomorrow in Dehradun,” Kejriwal said in a tweet in front of the visit.

This word of Kejriwal comes just days after:

This guarantee of Kejriwal comes only days after the Uttarakhand government declared on July 8 that 100 units of power would be given liberated from cost each month to homegrown purchasers.

State power serves Harak Singh Rawat said there are around 13 lakh shoppers who go under the domain of 100 to 200 units of power. “The individuals who utilize 100 units each month will be given power liberated from cost.

Those utilizing 101 to 200 units each month will get a 50 per cent rebate,” he said, as indicated by news organization ANI.

Rawat added this plan would likewise profit power customers in Uttarakhand’s far off regions. But, featuring that power bill in the state comes for a very long time, he said the advantage of this plan would be given based on units every month.

“That is, assuming somebody gets a bill of 200 units in 2 months, he won’t need to pay any cash,” the state power serves additionally said, adding those identified with dairy, cultivation, and farming areas, which were prior under the business classification of power buyers, will currently be brought under the homegrown class.

Before Uttarakhand, Kejriwal had in June visited Punjab:

Before Uttarakhand, Kejriwal had visited another survey bound state in June, Punjab, where he guaranteed 300 units of free power for every family alongside a waiver of their forthcoming bills.

“With 300 units of free capacity to every family, 77-80% families in Punjab will get zero bills. They will get 24-hour power yet no bill,” the Delhi CM had said. 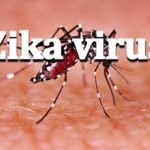 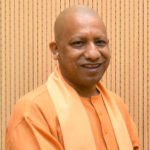