On Sunday, Congress leader Rahul Gandhi set off from Thiroor in Kerala’s Thrissur district to continue his Bharat Jodo Yatra, accompanied by hundreds of party activists carrying banners and placards denouncing the high price of cooking gas in the country.

The 150-day yatra’s morning journey covered roughly 11 kilometres before it ended in Wadakkanchery.

Senior members of the Congress, including K Muraleedharan, K C Venugopal, Ramesh Chennithala, the leader of the opposition V D Satheesan, and local MPs, accompanied Gandhi on his stroll.

In order to bring attention to the astronomical price of cooking gas in the country, Congress workers carried posters designed to look like LPG cylinders.

After the morning session of the march came to an end in Nilambur, Gandhi took a helicopter to the residence of the late Congressman Aryadan Mohammed to pay his respects.

According to Gandhi, Mohammed was an essential member of the Congress and his passing was a great loss for the movement.

He was a rock for the Congress and a model representative at the state and municipal levels. To say we’ve suffered a big loss would be an understatement. He was like an older brother to me and a guide I could always count on. “On a personal level, it’s a tragedy,” Gandhi said to the press.

On Saturday, Gandhi had fiercely criticised Prime Minister Narendra Modi over the rising cost of fuel and cooking gas in India, claiming that the BJP and the RSS were stoking tensions in order to deflect public attention from these issues.

A gas cylinder used to cost Rs. 400 while the UPA was in power. The prime minister’s persistent concern over the cost of the 400 gas cylinders. But now he doesn’t mention a word about 1,000 for gas cylinders,” the Congress leader had said to a large crowd in Thrissur.

In a Sunday speech, Congress leader Rahul Gandhi called on the Indian people to join the “historic movement as we march on to establish an India” that is strong, autonomous, and a global leader.

Several ladies and children were spotted making their way past the guards to meet Gandhi.

There were people waiting on both sides of the street, and the leader of the Congress was seen mingling with them, taking pictures, and waving to them.

Many different types of individuals from all walks of life are expected to meet Gandhi during his visit in Wadakkanchery. The yatra will resume at 5:00 and terminate in the nearby town of Cheruthuruthy.

The Congress’ Bharat Jodo Yatra will cover 3,570 kilometres over the course of 150 days. It all kicked off at Kanyakumari, Tamil Nadu, on September 7 and will conclude in Jammu and Kashmir.

The yatra kicked off in Kerala on September 10 at sunset and will travel through the state for 450 kilometres, making stops in seven districts over the period of 19 days before entering Karnataka on October 1. 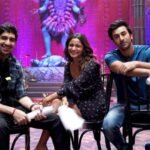 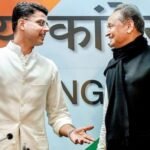