Shraddha Walkar was murdered in Delhi, reportedly by her live-in partner, prompting widespread criticism across the nation.
As the investigation into the brutal murder in Delhi, which has captured the attention of the country, intensifies following the arrest of the suspect on November 12, Assam Chief Minister Himanta Biswa Sarma talked on the matter on Saturday. The BJP leader emphasised the necessity for a strong leader for the country, saying that “otherwise, an Aaftab will arise in every city of the country” in reference to the accused. Aaftab Poonawala is still being held by the Delhi Police despite the outcry over the murder of his roommate Shraddha Walkar. She was reportedly murdered on May 12 in the Delhi apartment where they both resided, and Poonawala cut her corpse into 35 pieces. As more information becomes available every day, it has also been claimed that Walkar was frequently beaten by Poonawala but was unable to leave their relationship.
Sarma stated the following in connection to the incident: “Aaftab took Shraddha from Mumbai and murdered her, cutting her into 35 pieces. After that, he refrigerated the body. He brought another girlfriend to the same residence despite the body being in the refrigerator. The Assam Chief Minister was providing information that has already been stated.
“There would be an Aaftab in every city in the nation if there were no strong leader in place today, no administration that could revere the country as homeland. In a video released by the news agency ANI, Sarma is heard stating, “We won’t be able to defend our nation. If the BJP leader was criticising a specific leader, it’s unclear. Arvind Kejriwal’s Aam Aadmi Party is in charge of running the city of Delhi, while the Union Home Ministry oversees the Delhi Police. 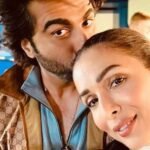