On Thursday, the governments of Assam and India inked a tripartite peace deal in the presence of Union Home Minister Amit Shah. Himanta Biswa Sarma, the chief minister of Assam, signed the agreement on the state’s behalf.

According to Shah, today is a momentous day for Assam and the rest of the northeast, and he pointed out that the Narendra Modi-led Union government has already taken several positive initiatives in this direction. According to Shah, over 1,100 members of Assamese Adivasi organisations have disarmed and reintegrated into society.

We hope that Assam and the surrounding northeast region would one day be free of narcotics, terrorism, wars, and poverty. He went on to say that this is an objective of the Modi government.

With the signing of this deal, Sarma expressed confidence, peace and harmony will finally come to Assam.

Among the rebel organisations said to have signed the peace deal are the All Adivasi National Liberation Army, the Adivasi Cobra Militant of Assam, the Birsa Commando Force, the Santhal Tiger Force, and the Adivasi People’s Army. Since 2012, the factions have been living in camps and are governed by a ceasefire pact with the government.

Aside from the Kamatapur Liberation Organization and the Paresh Baruah-led radical ULFA branch, all other rebel organisations operating in the state have signed peace treaties with the government.

Sarma had met with the dissident Adivasi tribes before to finalise the final deal.

To resolve the nearly 50-year-long Bodo crisis that has claimed over 4,000 lives, Shah oversaw the signing of an accord in New Delhi in January 2020 with representatives from the Centre, Assam, and the Bodo people.

A total of 1,615 NDFB cadres from three separate groups disarmed on January 30, 2020. Some 4,800 firearms, including AK-47s, light machine guns, and shock guns, were recently surrendered by NDFB members. 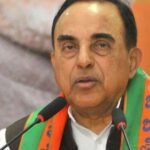 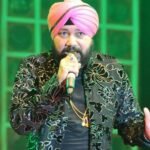