In December 2018, the Indian National Congress should have been able to party. It has taken three important states from the BJP: Madhya Pradesh, Rajasthan, and Chhattisgarh. There are six months left until the national election. Even though the BJP was in a good place, this happened. But the days after the results were announced were far from easy. Several leaders wanted to be Chief Minister and wouldn’t give an inch. Even after they won, the party did not work together at all.

In many ways, the crisis in Rajasthan over the past two days was caused by decisions that were made almost four years ago. These decisions included a high command that couldn’t make up its mind, “collective leadership” instead of clear lines of authority, and a state unit that was always fighting with itself. These decisions were very similar to what happened in Chhattisgarh.

Both Rajasthan and Chhattisgarh had two strong candidates for the top job in 2018. As the former leader of Rajasthan, Ashok Gehlot was wise and had a lot of experience. He knew a lot of people in the party and, more importantly, in the state. A lot of young, stylish, and well-spoken people Sachin Pilot, who was well-known in Delhi, was one of his rivals in the same party. Pilot was named state party chief after the Congress lost in 2013. His claim to the job was based on a revival of the party that he said he led. Bhupesh Baghel, an OBC from the plains of Chhattisgarh, was on one side and became the leader of the party after Vidya Charan Shukla, Nand Kumar Patel, and Mahendra Karma died (they were killed in a Maoist attack in 2013). On the other side was TS Singhdeo, who was from the royal family of Surguja and had a lot of power in North Chhattisgarh. His supporters say that the smart, soft-spoken man wrote a popular people’s platform for the 2018 elections, which helped the party beat the BJP and wipe it out.

In both states, the Congress talked and did things for days on end. Each MLA in Chhattisgarh was asked for their “opinion” in a tense, disorganised meeting at a hotel in Raipur. In the end, Baghel was elected chief minister of Chhattisgarh, but Singhdeo would take over two and a half years later. This would be a split leadership, as Singhdeo supporters have always said. In Rajasthan, the schedule wasn’t as clear, but Pilot’s friends have always said that he was also given a similar promise.

Because of this change, the Congress governments in Rajasthan and Chhattisgarh have also been fighting among themselves, as well as the BJP. In both states, the chief ministers have made their positions stronger because they don’t want to give up being in charge. This makes the men who want to take over very angry. Pilot doesn’t agree with the policies of the Rajasthan state government, and Singhdeo quit one of his cabinet positions in Chhattisgarh after criticising the policies of his own government. People who support Pilot and Singhdeo say that the government of their own party is after them.

In this hard situation, revolts have started, especially in Rajasthan, and they are affecting what is happening this week. There were rumours in 2020 that Sachin Pilot was hiding out with the BJP and a few MLAs in a Gurugram resort. This made it look like he was leading a failed uprising. The location was important because the BJP is in charge in Haryana right now. Pilot’s supporters say that he was also promised that job at the time, maybe even before the 2023 elections, but Gehlot was able to get through it. Yesterday, this failed uprising was brought up several times, and MLAs who support Gehlot said that Pilot and those who worked with the BJP shouldn’t be Chief Minister.

Singhdeo from Chhattisgarh has spent many days in Delhi trying to find an audience. When he left, he was told that the promises he made would be kept, but this was just a hollow promise. Even though it had been two and a half years, Baghel did his own show of strength in August 2021, when talk of a change of guard was growing. Baghel showed off 57 MLAs in Delhi while Singhdeo waited, even though the central party asked them to go back to Raipur. Allies of Singhdeo and Pilot say that Gehlot and Baghel’s support is not natural and that the Chief Minister has a lot of power that he or she can use for political purposes, such as using state institutions and giving high-ranking jobs to supporters. Even though these public displays of strength may have made it seem like change is happening, there has been no change of guard. Even worse, in both places, a local pressure group forced the hands of Congress leaders, which hurt them.

The Congress should be worried because Rajasthan and Chhattisgarh are both planning assembly elections for late 2023. These will be the last state elections before the Lok Sabha elections in 2024. These are the only two states where the Congress is in charge of the government. Punjab has been taken over by the BJP, and Madhya Pradesh is ruled by the BJP at the moment. Even though there is anti-incumbency, they could keep these states in theory. The BJP is not able to find a candidate in Chhattisgarh to replace Raman Singh, who has been elected three times. The BJP in Rajasthan has its own problems within the party.

But no matter how things go today, Congress will go into the election season as a divided, broken state if they can’t break the cycle and find a real, long-term solution. Before they can beat the BJP, the Congress needs to find a way to get rid of their own problems. 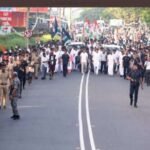 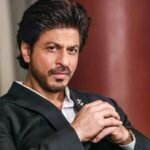