Williamson explains why he rested his head on Kohli's shoulder.

Out of numerous pictures of New Zealand’s sheer delight of winning an ICC title following 21 years and India’s give up on by and by not having the option to cross the last obstacle, there was a picture that was maybe past the outcomes, past cricket and the unremarkable guidelines of the world.

Kane Williamson embraced his partner Virat Kohli minutes after New Zealand won the debut World Test Championship (WTC) title. However, it was not so much as an embrace. Instead, Williamson was laying his head on Kohli’s shoulder as though to express, “It’s finished, the opportunity to loosen up, pal.”

Who does that to a resistance chief you’ve recently beaten? Particularly the person who is never known to offer a bit of leeway while on the cricket field. Williamson does, and Kohli responds.

Seven days after the residue got comfortable, Williamson discussed that second in Southampton with Kohli.

As the New Zealand captain said to Cricbuzz:

“That was an incredible second. We knew whenever you play against India, any place you are, it’s an unfathomably intense test.

They frequently set the benchmark in our game in all organizations. They show that with the profundity that they have and cricket in their nation too,” The New Zealand skipper told Cricbuzz.

But what was he doing with his head resting on Kohli’s shoulder?

Yet, for what reason would he say he was laying his head on Kohli’s shoulder as opposed to bouncing in satisfaction with accomplice Ross Taylor and shouting his lungs out? While these are not the responses, one partner Williamson with doubtlessly relatively few would have wagered for an embrace to Kohli like how he did very quickly after the memorable triumph.

“Also, the fellowship with Virat stems back various years and various kinds of various occasions. Furthermore, it was cool. We generally realize that there’s a greater picture to everything.

It’s anything but a truly decent second, and our companionship and relationship are more profound than a round of cricket. Also, we both realize that” Williamson said.

Williamson, who scored an unbeaten 50 years as New Zealand pursued down the 139-run on the hold day with 8 wickets in the bank, said the match felt like it’s anything but a blade’s edge.

“The two groups were exceptionally cutthroat and played truly hard, and the game was so close. I realize the outcome reveals to you a certain something. All through the match, it seemed like it’s anything but a blade’s edge, and you had full regard for that.

After a long extreme match like that, there’s an appreciation by the two groups Toward its finish. Somebody gets the prize, and a group maybe doesn’t get the fortune to have that,” he added. 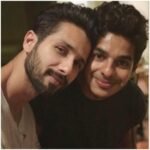 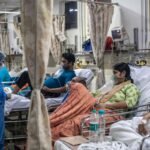