Kapil Dev is opposed to any additions to India's team for the upcoming England series.

The previous all-rounder Kapil Dev is against expanding any further openers in India’s Test crew for the five-match series against England, with the World Cup-winning chief asserting there is no compelling reason to look past the pool of 20 players who are presently in the UK.

Kapil’s remarks about Saturday surfaced that the administration is slanted towards calling up Prithvi Shaw from Sri Lanka for the England visit after Shubman Gill got a physical issue and is relied upon to miss the whole series.

Kapil, nonetheless, feels that with any semblance of Mayank Agarwal and KL Rahul effectively in the side, and Abhimanyu Easwaran as a holding player, picking one more opening batsman and adding him to the crew doesn’t consider pleasant the administration’s part and vows to go about as an ‘affront’ to the players who are as of now in the crew.

“I don’t think there is any requirement for it. There ought to be some regard for the selectors as well. They have picked a group, and I’m certain it wouldn’t have occurred without their (Shastri and Kohli) meeting.

That is to say, and you have two such enormous opening batsmen in KL Rahul and Mayank Agarwal. So do you truly require a third choice? I don’t believe it’s right,” Kapil said on the ‘Wah Cricket’ show on ABP News.

“I’m not persuaded with this hypothesis. The group that they’ve picked as of now has openers, so I figure they ought to be the ones to play. Something else, it’s offending for the players who are as of now in the group.”

Kapil argued that it’s not possible for the selectors:

Kapil contended that it’s anything but workable for the selectors to have picked a group without talking about it with mentor Ravi Shastri and commander Virat Kohli in any case, which is the reason he feels the administration should regard the choice of the selectors and pick substitutions from the first pool of players.

Finally, Kapil said something regarding the matter, saying that adding another name in the crew would not do miracles to the certainty of either Rahul or Agarwal.

“I need that the skipper and the administration ought to have a say, however not to the detriment of over-administering the selectors and say that ‘these are the players we need’.

We don’t require selectors. I’m feeling somewhat odd realizing that something like this has occurred since, in such a case that it has, it belittles the selectors and their job,” he said.

Only Virat and Ravi can say that says Kapil:

“Just Virat and Ravi can say that. I feel that this is an off-base set-up to enter. The players you have upheld, you can’t belittle them.

They are huge players, and I wouldn’t need something like this to occur. No requirement for any pointless contention.” 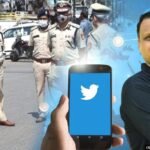 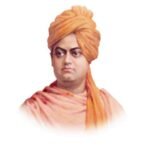