The only bright spot was that India avoided posting their lowest T20I total: Sehwag.

Virender Sehwag was not impressed with India’s batting execution in the series decider against Sri Lanka. However, a drained Indian group that went into the third T20I with just five batsmen got an opportunity to adapt to the situation, particularly the young people, who were quick to leave an imprint in the series.

However, none of them could leave any kind of effect as India was limited to a modest absolute of 81/8 batting first – their third-most reduced T20I all out ever.

“I would say it wasn’t India’s day, and frequently in a series, there comes one match – either the hosts or the opposing groups – that there is a breakdown. So maybe we were unable to accept that it would have been such a day for India.

I thought it’s another wicket, yet at the same time, India would make somewhere around 130-135; however, I didn’t imagine that they would get 80-odd,” Sehwag said on Cricbuzz.

After Shikhar Dhawan feels for a brilliant duck in the first finish, it was normal that no less than one of the young people would have the option to play face-saving innings, however sadly for India, it was not to be.

“The solitary positive was that they forestalled their most reduced aggregate. Yet, I was unable to perceive any phenomenal bowling. Three players got out LBW to spinners, which we seldom will see.

What’s more, if three of your five batsmen get out leg previously, it makes trouble. I thought if Nitish Rana could be the batsman who could score a fifty, India might have gotten to a good complete, yet even he lost his chance,” the previous India opener added. 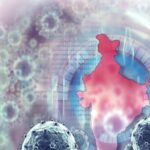 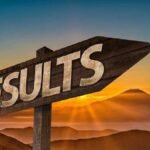