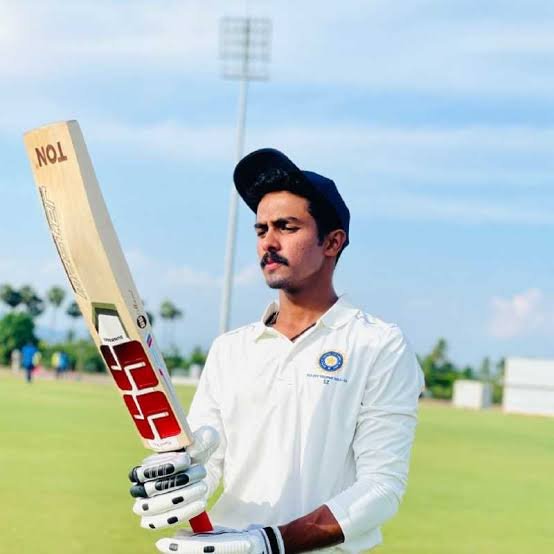 The team for the forthcoming tour of Bangladesh was unveiled, and Rohan Kunnummal, a rising star from Kerala, was given a spot for the four-day games. The 24-year-old just made his first-class debut two years ago, and he has taken advantage of the few opportunities that have come his way superbly. The slick right-hander is undoubtedly a rising talent , and may be seen competing internationally soon.

In his debut game against Rajasthan, Rohan Kunnummal scored just eight runs, not the finest start to his first-class career. He turned the situation around, though, scoring 769 runs at a staggering average of 96.12 and an enormous strike rate of 83.86 in six first-class games. Kunnummal made a splash when he entered first-class cricket, scoring three half-hundreds and four centuries in the nine innings.

Kunnummal actually achieved three centuries in three games for Kerala during the 2022 Ranji Trophy season, earning a spot on the South Zone Duleep Trophy team. He was a key factor in South Zone’s advancement to the finals. In the match versus West Zone, his team ultimately lost, but he scored an incredible 93 runs off just 100 deliveries.

He has already scored two century and an undefeated 77 in the current Vijay Hazare Trophy 2022 season and has been in superb form in all forms. It makes sense why the selectors chose him for the India A team’s trip to Bangladesh A. He is also anticipated to find a buyer at the next IPL mini auction.

In the meanwhile, here are some things you should know about Rohan Kunnummal:
Rohan Kunnummal, who is presently 24 years old, was born in Kerala on May 10, 1998.
In domestic cricket, Rohan Kunnummal represents Kerala, and he made his first-class debut in 2020.
When he was 18 years old, Rohan Kunnummal made his List A debut in 2017 and his T20 debut in 2019.
The right-astounding hander’s average in First Class cricket is over 95, while in List A cricket, it is above 50.
The starting batsman in the Ranji Trophy 2022 season batted opening three times and recorded three hundreds.
Kunnummal played for Kerala’s Under-14, Under-16, Under-19, Under-22, and Under-25 teams, among others.
In the Duleep Trophy semifinal against North Zone, Kunnumal recorded his highest first-class score of 143, an important mark.