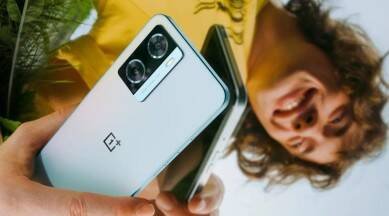 Unofficial listing for the OnePlus Nord N20SE has been discovered on Flipkart.
In India, Amazon has traditionally been the only place to purchase OnePlus devices. This is also true of the less expensive OnePlus Nord range of gadgets. Although it hasn’t been officially introduced in India, it looks that the OnePlus Nord N20 SE is already featured on Flipkart. The phone was also advertised on Amazon, however that advertisement has already been removed. This is the most inexpensive Nord phone in India because to the price.
The brand has not released the phone in India, therefore bear in mind that this is not an official listing. If you buy this, you might not be eligible for a brand warranty because it is probably an imported unit that is being offered for a device. The Nord N20SE is priced at Rs 14,799 on Flipkart, while Amazon had the device listed there for the same price before the listing was taken down.
The company has not yet introduced any smartphones from the Nord N series in India. This phone is already available from the firm for $178.49 in the US.

As was already reported, the Mediatek Helio G35 chipset powers the mid-range OnePlus Nord N20SE smartphone. The OnePlus Nord N20SE is now a 4G-only smartphone as a result. A 6.56-inch 60Hz HD+ (720p) quality display is included with the gadget.
A 50MP main camera and a 2MP depth sensor are part of the phone’s dual camera arrangement at the rear. The Nord N20SE sports an 8MP front-facing selfie camera that supports HD video recording. The gadget is powered by a 5,000 mAh battery that supports 33W SuperVOOC fast charging. According to the e-commerce listing, the brand will include the fast charger in the package.
The OnePlus Nord N20SE’s entry-level model comes with 4GB of RAM and 64GB of internal storage, as well as a microSD card slot for further storage expansion. In a similar vein, the phone boasts twin nano SIM card slots that enable 4G LTE networks, dual-band Wi-Fi, and Bluetooth 5.
The OxygenOS 12 skin will be added on top of the Android 12 OS when the OnePlus Nord N20SE is first released. The Nord N20SE may only receive one significant Android OS update, most likely Android 13 OS with OxygenOS 13 skin, in contrast to OnePlus flagships, which receive two to three major Android OS upgrades.