Heavy rainfall is expected in from 10th June.

The India Metrological Department (IMD) has anticipated “likely” segregated substantial rainfall till June 10 in the whole northeastern district and a few states in eastern India, considering the southwest rainstorm progressing further into the focal Bay of Bengal.

Fairly widespread rainfall has been predicted:

While fairly broad precipitation action has been anticipated in states like Arunachal Pradesh, Assam, Meghalaya, and Manipur during the following three days, the Met Office said on Sunday that the storm has likewise progressed in the focal Arabian Sea, covering a few pieces of the nation, including more pieces of Maharashtra, Telangana, Tamil Nadu, and Andhra Pradesh.

As indicated by IMD, secluded weighty precipitation is likely over the accompanying states in the following three days:

For what reason is precipitation likely in these states?

Weighty rain is likely in these states across northeastern and eastern India during the following three days because of the fortifying of southwesterly breezes and a cyclonic flow over sub-Himalayan West Bengal and neighbourhood at the lower tropospheric level, as indicated by IMD.

Elsewhere else in India…

The met office further said that the southwestern storm has likewise progressed in some more Maharashtra, Telangana, and Andhra Pradesh, and whole Karnataka and Tamil Nadu because of the southwest rainstorm further progressing into the focal Arabian Sea.

As the IMD stated:

Broad precipitation action, joined by “rainstorm, lightning, and breezy breezes”, is likewise normal over pieces of south peninsular India and the western coast.

This, the IMD said, is expected to “impact the seaward box at mean ocean level from north Maharashtra coast to north Kerala coast and a cyclonic dissemination over Konkan and Goa in lower tropospheric levels”.

Nonetheless, the precipitation movement in these parts is required to continue to lessen in power consistently, having topped on Sunday. 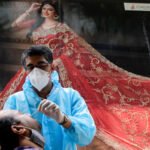 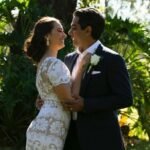