Prime Minister Narendra Modi said on Wednesday that the Covid-19 virus and the conflict between Russia and Ukraine have had a big effect on global supply chains. Since the Moscow-Kyiv battle started, India has stressed the need to use “diplomacy and discussion,” he said.

“In the globalised world we live in today, what happens in one part of the world affects the whole world,” Modi said, speaking virtually to the plenary session of the 7th Eastern Economic Forum in Vladivostok, Russia. The Covid disease and the situation in Ukraine have had a big effect on global supply chains. Emerging nations worry a lot about not having enough food grains, fertiliser, and fuel.

“Since the beginning of the Ukraine conflict, we have stressed how important it is to use diplomacy and talk things out. Modi went on to say that we back all efforts to solve this problem peacefully.

In his speech at the 7th Eastern Economic Forum, Modi thanked the Internet for letting people talk to each other. “This month marks the 30th anniversary of the opening of the Indian Consulate in Vladivostok. The PM said that India was the first country to set up a consulate in this area.

Modi said that in 2019 he would be able to attend the forum in person. “We had just told everyone about India’s “act far-east” plan. Because of this, India and Russia’s Far East are working together more in a number of ways “added he.

He went on to say that India was eager to work with Russia more, especially in the energy and coking coal fields.

The theme of this year’s forum is “On the Path to a Multipolar World.” It runs through Thursday at the Far Eastern Federal University. The “Far East Street” exhibition is an important event because it shows the economic, investment, and tourism opportunities in all 11 regions of the Russian Far East. 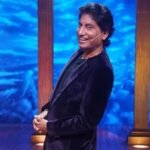 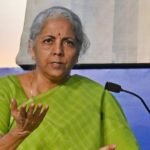