Among the newly listed stocks in Asia, the Indian company Adani Wilmar Ltd. stands out as an anomaly. Since it first went public, the food company’s stock price has more than doubled, while the majority of newcomers are trading at a loss.
This year, the performance of the firm’s shares has been superior to that of 121 initial public offerings in Asia with a total value of over $100 million. The firm is a joint venture between the organisation headed by Asia’s richest person, Gautam Adani, and Singapore’s Wilmar International Ltd. As a result of the rising interest rates and the ongoing conflict in Ukraine, nearly two-thirds of the region’s newly listed properties are in the negative.

The Initial Public Offering (IPO) of Adani Wilmar, which manufactures cooking oils, wheat flour, rice, pulses, sugar, and other food goods under the Fortune brand, had a number of investors, including the Monetary Authority of Singapore and Nippon Life India. The company stated that it planned to utilise some of the cash from the 486 million dollar offering to make strategic acquisitions, expand existing facilities, and repay liabilities.

Adani, one of the most active dealmakers in Asia, is expanding his reach after spending years concentrating on coal and infrastructure-related activities. The good performance bodes well for Adani, who is broadening his reach. The effort made by the billionaire to diversify his business into new areas such as data centres and digital services was successful, as seen by the fact that he finished off a run of approximately 32 acquisitions in the most recent year.

Kashyap wrote in a note this month that he recommends investors accumulate the stock and stated that the JV receives “substantial advantage” from its parents. He explained that the JV used the money from the IPO to pay off its debt. He went on to say that the anticipated mergers and acquisitions will result in an increase in market share. The company only recently made an announcement that it has purchased multiple brands, one of which being the Kohinoor cookery brand intended for the India region.

The same can be said for other stocks that are connected to Adani. The company Adani Power Ltd., which has seen its share price increase by more than 200 percent so far in 2018, is the best performer among the members of the S&P BSE 500 index. Despite the fact that the company does not have any analyst coverage, Adani Green Energy Ltd. is the fifth-best performance because it has increased by 65 percent year-to-date. 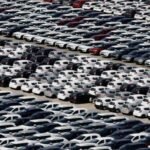 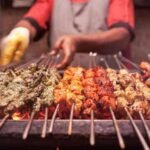