The Indian women’s hockey team was denied a medal at the Tokyo Olympics after losing to the Rio Olympics gold champion Great Britain in the bronze medal match.

However, coach Sjoerd Marijne’s team may be proud of their fourth-place performance at the Tokyo Olympics, which was their best-ever finish in Olympic history (while India had also finished fourth in 1980, only six teams competed in the Moscow Games in a round-robin format).

The British began the game with their usual offensive tactics, pushing Indian defenders to advance deep into their circle.

In the opening 15 minutes, Britain had two penalty corners, one of which was saved by Savita and the other of which was a lucky escape for India since the British players could not trap the ball.

Savita made two key open-play saves in the first quarter after Leah Wilkinson blasted the ball inside the circle and Elena Rayer hit it to the Indian goalie, who pushed it out with her leg.

The rebound fell to Sarah Jones’ stick, who attempted a goal but was knocked back by Savita. Jones tried again a few minutes later, but the Indian goalkeeper denied her once more.

The continuous attacks paid off for Britain in the second quarter, when Rayer made a run down the right flank and shot the ball inside the circle in front of goal, only for Deep Grace Ekka’s stick to deflect the ball into the netting. Sarah Robertson’s tomahawk shot, which increased Britain’s advantage and placed pressure on India, went into the nets minutes later.

On the other hand, Gurjit Kaur came to the party to put India back into the game, scoring two back-to-back penalty corner goals with strong drag flicks past Madeliene Hinch, the British goalie.

Vandana Katariya added a third goal before the end of the second quarter after Sushila Chanu drove a ball inside the scoring circle from the left. Navneet Kaur tried a shot, but it was blocked, but Vandana was immediately behind her and scored from close range to give India the lead.

India began the third quarter on the defensive, attempting to maintain the slim lead, allowing Great Britain to claw back to parity with a well-crafted attacking move. Savita saved Isabelle Petter’s first effort, but the ball bounced to Hollie Pearne-Webb, who hammered it past Savita to even the score.

India’s late flourish in the third quarter caused problems for the British defence, but it was not enough for Sjoerd Marijne’s team to reclaim the advantage.

Grace Balsdon finally scored from a set-piece after a flurry of penalty corners for Great Britain at the start of the fourth quarter allowed them to reclaim the lead.

However, they held possession for the majority of the quarter and even earned a penalty corner. However, Hinch was able to save Gurjit Kaur’s drag flick this time.

Despite numerous attempts, India was unable to equalise in the last minutes and bow down to the Rio gold medalists.

The Indian squad, competing in only their third Olympics, had a fairytale run, defying all expectations. Coach Sjoerd Marijne’s side had a rough start to the competition, losing their first three games, but they rediscovered their stride and form against the proper opponent.

With victories over Ireland and South Africa in the group round, India’s women’s team advanced to the quarterfinals, where they stunned Australia to earn their first-ever semifinal berth. However, they were unable to advance to the final, losing 1-2 to Argentina. 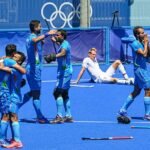 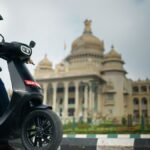