Today, KIMS will be listed on the BSE and NSE.

Krishna Institute of Medical Sciences (KIMS) will present BSE and the National Stock Exchange (NSE) on Monday in the wake of cruising through its IPO.

Initial public offering Watch information showed KIMS shares were accessible for exchange a premium of ₹110 or at the cost of ₹935 in the dim market over the issue cost of ₹825.

“KIMS issue looks set to give around 20 to 25 per cent posting gains to the financial backers. The market opinions are playful after a surprisingly good execution from Shyam Metalics and Sona Comstar,” Gaurav Garg, head of the examination at CapitalVia Global Research, told Moneycontrol.

Yash Gupta, Equity Research Associate at Angel Broking, revealed to Moneycontrol he anticipates that KIMS IPO should list at EV/EBITDA of around multiple times or somewhere in the range of ₹900 and ₹950.

The quieted posting acquire is by all accounts supported as the issue was completely estimated as far as examination with recorded companions’ valuations,” Prashanth Tapse, VP research at Mehta Equities, said by Moneycontrol.

KIMS IPO included a new issue of offers accumulating up to ₹200 crores and a proposal available to be purchased of up to 2,35,60,538 value shares from advertisers and existing investors.

KIMS is one of the biggest corporate medical care bunches in Andhra Pradesh and Telangana as far as the number of patients treated and advertised. 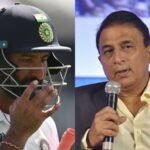 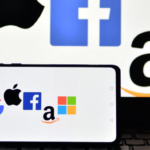