Indiependence Day: India receives an official website for the celebrations, which has 360-degree VR.

According to the statement, the website will serve as a platform to link Indians worldwide to celebrate the national festival. In addition, a mobile app for the Independence Day Celebrations (IDC) 2021 would be released soon.

To do this, the website uses virtual reality (VR) elements for the first time, which will depict the Independence Day celebrations from the Red Fort in New Delhi in a 360-degree format. According to the government announcement, people can use this feature even if they don’t have a VR device.

A unique IDC radio, gallery, interactive filters, e-books on feats of courage, 50 years of the 1971 victory, and blogs on the liberation movement, wars, and war memorials are the other highlights of the Independence Day celebration platform.

Once logged in, netizens will have access to every detail about the Independence Day celebration, including a minute-by-minute schedule, a route map, parking information, RSVP information, and information about other activities. In addition, on the site, you can find a schedule of all the events organised by various ministries to commemorate the occasion.

The Independence Day platform makes use of a one-of-a-kind web-based RSVP mechanism that generates a QR code for each invitation card.

The invitee can handle their smartphone devices to scan the code and navigate to the appropriate website using the automatically produced web link. Through the same portal, invitees will be able to indicate their intent to attend the event.

In an official press release, the government noted that “the platform is publicly accessible to anyone and provides updates and information regarding initiatives centred around the IDC 2021.” In addition, “It includes the entire Indian diaspora as if they were present at the festivities. It’s an attempt to engage individuals of all ages, particularly young people.”

According to Defence Secretary Ashok Kumar, the Independence Day celebration platform intends to instil a “culture of unity” among the people to commemorate this historic occasion and unify under the common identity of being Indians.

He also discussed several activities planned in the run-up to IDC 2021, such as an all-women mountaineering expedition on Mount Manirang, 75 Border Roads Organisation (BRO) medical camps, and statue cleaning activities conducted out by National Cadet Corps (NCC) cadets at 75 locations across the country. 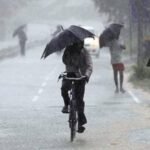 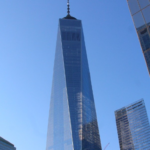